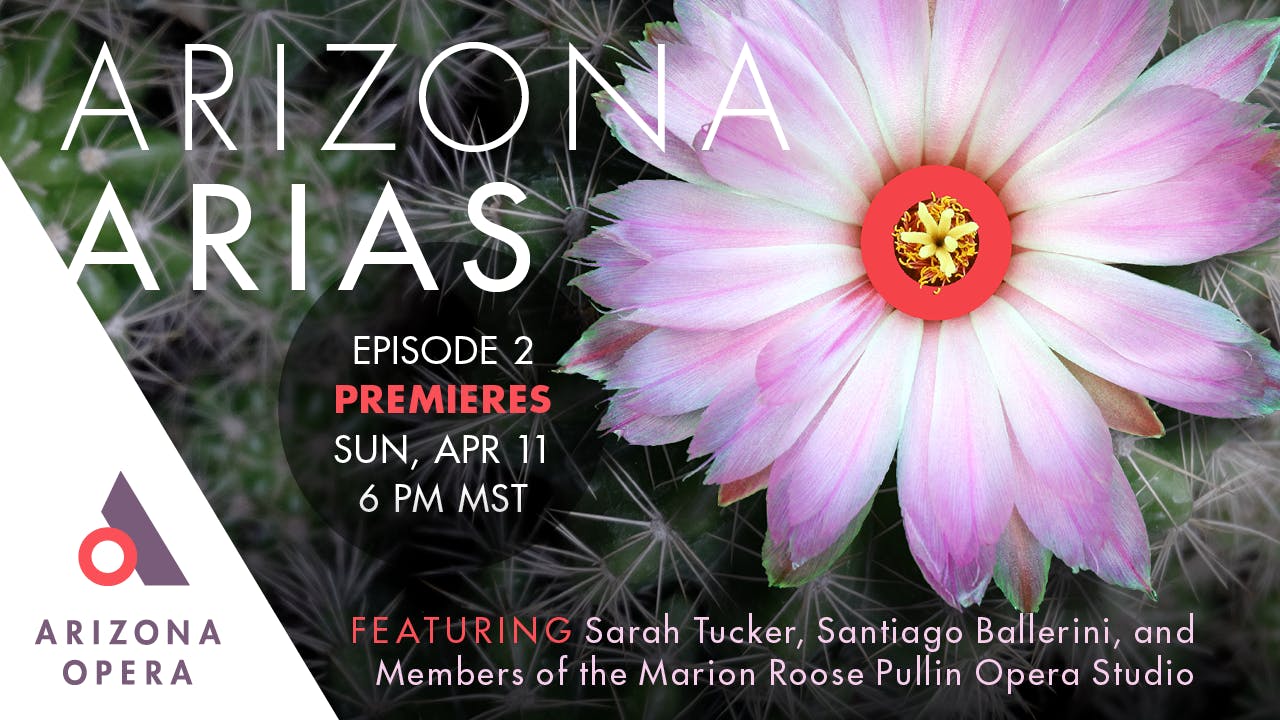 From The Daughter of the Regiment
“Ah mes amis”
Gaetano Donizetti / Jules-Henri Vernoy de Saint-Georges and Jean-François Bayard
Santiago Ballerini, tenor
Tonio and Marie love each other but to win her hand Tonio needs the favor of France’s 21st Regiment since Marie serves as their symbolic daughter. Tonio wins their favor by joining their ranks.

From Pagliacci
“Stridono lassu”
Ruggero Leoncavallo
Sarah Tucker, soprano
Nedda worries about her husband’s vehemence when talking about the possibility of her unfaithfulness because she is secretly having an affair.

From The Barber of Seville
“Una voce poco fa”
Giacomo Rossini / Cesare Sterbini
Cheyanne Coss, soprano
Rosina is in love with Lindoro who just serenaded her window. She’s determined to marry him even if Bartolo, her ward, will disapprove because he is poor. But, little does she know that Lindoro is actually the wealthy Count Almaviva in disguise.

From Don Pasquale
“Bella siccome un angelo”
Gaetano Donizetti / Giovanni Ruffini
Rob McGinness, baritone
Don Pasquale resolves to find his own bride and produce an heir himself in retaliation to his nephew’s choice of bride. In this aria, Dr. Malatesta tells Don Pasquale of a beautiful potential bride who happens to also be the doctor's sister.

From Orfeo ed Euridice
“Addio, addio I miei sospiri”
Christoph Willibald Gluck / Ranieri de' Calzabigi
Mack Wolz, mezzo soprano
Orpheus says goodbye to his sorrow as he resolves to journey to hell to get back his love, Eurydice.

From Carmen
“Je dis que rien ne m’epouvante”
Georges Bizet / Henri Meilhac and Ludovic Halévy
Ms. Tucker
Micaëla, a village maiden, loves José and goes to the mountains to rescue him from the dangerous seductress, Carmen, while they are on a smuggling mission. Micaëla prays for courage

From The Elixir of Love
“Una furtiva lagrima”
Gaetano Donizetti / Felice Romani
Mr. Ballerini
Nemorino reflects on a tear that rolled down Adina’s cheek when he ignored her earlier. He believes this is proof of her love.

From Cosi fan tutte
“Come Scoglio”
Wolfgang Amadeus Mozart / Lorenzo Da Ponte
Caitlin Gotimer, soprano
Fiordiligi and sister, Dorabella, are being seduced by two mysterious men who are actually their lovers in disguise. Fiordiligi orders them to leave and tells them that her loyalty to her lover is as solid as a rock.

From Faust
“Salut, demeure chaste et pure”
Charles Gounod / Jules Barbier and Michel Carré
Terrence Chin-Loy, tenor
Faust, having been rejected by Marguerite, finds that her rejection makes her even more desirable. He goes to her house and remarks on the purity and chastity of what he sees.

Arizona Arias
Arizona Arias is generously sponsored by Ron and Kay McDougall. Additional support provided by the National Endowment for the Arts and Bankers Trust.

Terrence Chin-Loy, tenor
Sponsored by Don Williams and Dan A. Klingenberg*, and Alan and Linda Englander